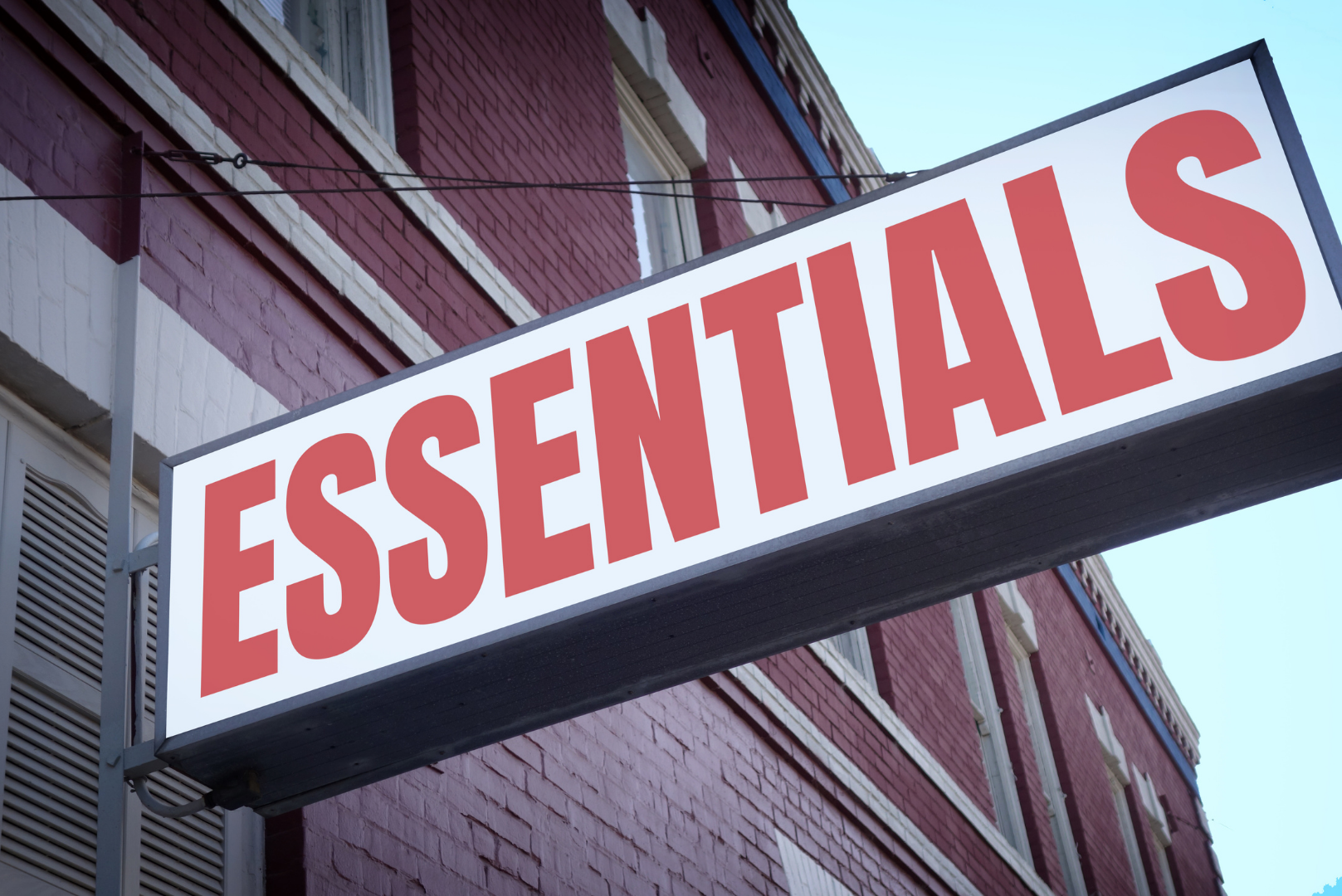 The main headline on the BBC website today is: ‘UK shoppers warned of summer essentials shortage’ and I clicked on it to see what it was we were running out of: ice cream maybe? Cold drinks? Salad items? But no, it turns out we have a shortage of picnic baskets! Plus garden furniture and outdoor toys. I’d hardly call any of those essential. Most people don’t even have a picnic basket when a bag will do.

But of course the media love a dramatic headline and sadly it can lead to product shortages. As soon as people read that there is a shortage (whether it’s real or not) they immediately go out and buy whatever it is because people have, in the main, a scarcity mentality. And that of course, then creates the shortage. People are always fearful of what they don’t have or what they can’t get and that fear distorts behaviours and normally rational people become panic buyers of toilet roll – and picnic baskets! People covet what they don’t have and it’s the same with money itself. As soon as you have enough money for you, it ceases to have much importance in your life and you can relax. And more importantly you can ignore the drama headlines about money safe and secure in the knowledge that you have enough.

Wouldn’t that be nice? It is possible to get enough money for you whatever your starting position and then you can buy as many picnic baskets as you like! I believe the media have a collective responsibility to avoid this doom mongering but until that happens treat all dramatic headlines with an open mind

It’s very difficult to be spontaneous at 3.00 on a Friday on zoom but that’s what many office workers are trying to do at the moment when they connect with their co-workers as part of a formal schedule. But as soon as more people start to go back to the office then most will go back otherwise the home workers will miss all the important but unscheduled events. The water cooler moments when you connect with colleagues; the chance meeting with the boss so you can get upper most in their mind (useful for promotion and pay rises) and the unexpected spark moments when you and some colleagues casually bounce ideas in the coffee area. From these casual connections, relationships are formed, ideas are spawned and strategies confirmed. These are the ‘ahha’ moments; the connections, the feeling of satisfaction that we all get as co-workers and colleagues and I’m afraid that just isn’t possible over a computer screen.

Those businesses where employees go back into the office will flourish sooner than the others, the staff will be more contented and they will drive the economy better. The Centre for Cities think tank agrees too and their report out today confirms that they expect a 5 day week to be resumed as normal in the long term. I expect it will be quicker than that as those still working from home will soon get the FOMO feeling and scamper back into the office because work is about so much more than just work – and the positive extra benefits and the laughs and the spontaneity just doesn’t happen on zoom.

When is speculation gambling?

West ham have got it wrong – there I’ve said it! I’m a lifelong West Ham United fan but I think they’re wrong to take £10 million a season in sponsorship from Betway a major betting business. Betting and gambling firms are very heavy sponsors of football and that includes shirts, training kit, ground advertising and social media. In the premiership 17 have betting partners and in the Championship, 10 of 24 clubs have shirt sponsorships but that number also increases when partners are considered. It’s worth a lot of money to football clubs especially those in the lower leagues and without it many football teams would struggle financially – unless they could get other sponsors of course. Whilst I appreciate the money going into football I can’t help thinking about the people who get gambling addicted and the human cost, and sometimes loss of human lives, that these additions create. On balance it would be good to find alternative sponsors but it got me to thinking about gambling, betting and speculation in general.

Many people would say that share investing for instance is just gabling but it isn’t. It would be incredibly rare to lose all of your money on buying shares but that’s a regular, majority occurrence for most gamblers. With shares, even if they go down in value on one day you can still hold them and wait for them to go back up and in general, the longer you own them the more they are worth (particularly if you re-invest and compound any dividends), whereas with betting once the bet is lost the money is gone forever. So investing, even if you call it speculation isn’t the same as gambling and I’d be much happier if West Ham’s shirts were sponsored by an online share trading platform!

Does anyone hear the tree fall?

There’s an age old debate about a tree falling in the amazon rain forest. If no-one heard the tree fall did it actually fall? I’m a simplistic person and if there’s a tree on the floor then I reckon it fell. And I was reminded of this story when I read about Novak Djokovic having to finish his quarter final match at the French Open yesterday without spectators. There had been spectators but as the match went on it approached the Paris curfew time of 11.00 pm and the players had to go back into the locker room whilst the crowd were sent home to bed and then the players came back out to resume the match. Djokovic won and celebrated like crazy, screaming and shouting to the rafters – but there was no one there to hear him so he was shouting to himself – so does that count as a real celebration? Again I guess for him it did but it makes me realise that no achievement is really worth it unless we can share it with others.

Whatever our success might be, whether it’s tennis or business or money there’s no real joy if you do it alone and celebrate alone. And of course certainly with things like business and money, you generally achieve success easier and quicker if you do it with others or have a strong support group. Isolation isn’t good for any of us and we need to get back into crowds and the community in order to strengthen our mental health – and Novak Djokovic needs to celebrate with crowds!